A quality meteorological station needs to be accurate, have a large storage capacity and its data need to be easily accessible. Meteo stations that exist do not have all these three qualities and are rather expensive for the hardware used. Furthermore each one has a closed ecosystem, so the data collected cannot be shared with other applications.

The Raspberry Pi is a low cost, low energy computer, with the addition of a 40-pin GPIO header. Its memory card slot and USB port means that there is an immense storage space and its ethernet port allows it to be accessible from the Internet. I have been using the Pi to control my WiFi light switches, so the setup for the meteo station is fairly simple.

The meteo station needs to monitor the following values: internal/external temperature and humidity, barometric pressure, display it on an LCD for a quick view, or on a webpage for a more detailed view and save all the data to display statistics. Of course, the specifications can be updated in order to have more data such as wind speed, precipitation and solar insolation, as long as there are the available sensors.

With those specifications in mind, let's start.

First of all, the aim is to build a low cost, high accuracy meteo station. Those two requirements contradict each other, however, because of the popularity of amateur electronics projects, those sensors are pretty low cost and easily available. The hardware used for the meteo station are:

The AM2301 are medium quality, medium accuracy temperature and humidity sensors. The have their own case (important since one sensor will be mounted outdoors) and can operate with the 3.3V supplied by the Raspberry Pi. They have a one-wire communication protocol, so, each sensor is connected to one GPIO port on the Pi.

The remaining sensors communicate using I2C. The display uses an HD44780 controller, which requires at least 7 GPIO ports for communication and one for the backlight. As this is not practical (many GPIO ports lost, lots of wires), an I2C module is used. The I2C display module, mounted at the display connector, translates I2C messages to the 7 GPIO ports needed. It can also operate the backlight. Therefore, only 2 GPIO ports are used for the display, the same ports used for all the rest of the I2C sensors.

The schematic of the custom board is shown below. The 40 pin connector is in the middle with two 20 pin connectors on each side for prototyping and future upgrades. Four LEDs and two buttons are also installed, together with a buzzer (driven by a transistor). The lcd display backlight has three different resistances connected in series (one short circuit or different value resistors), which enables to have five different backlight brightness levels. Finally, the BMP180 and BH-1750 daughet boards are mounted on the main board, whereas there are three connectors for the remaining hardware, two for the temperature/humidity sensors and one for the display. I chose to use RJ-45 plugs and CAT-5 cable, since there are easy to find and install and rather reliable. 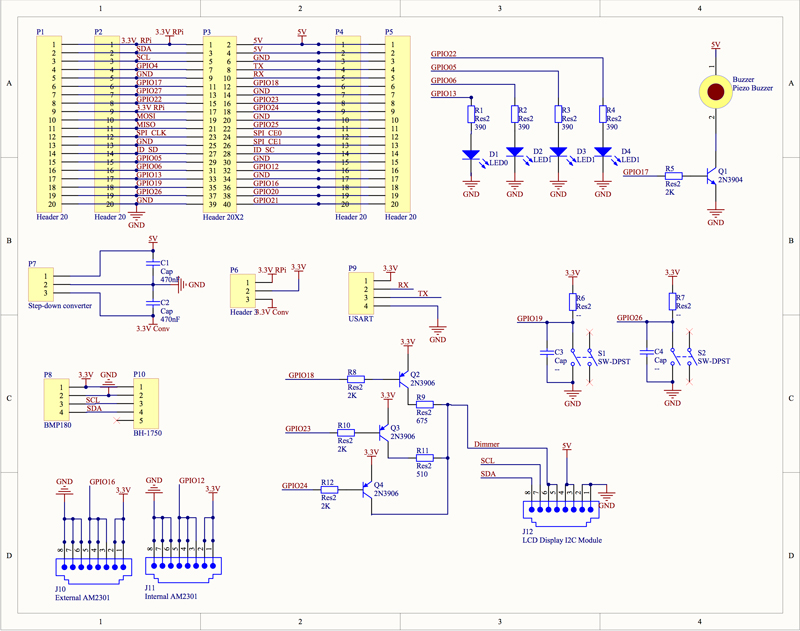 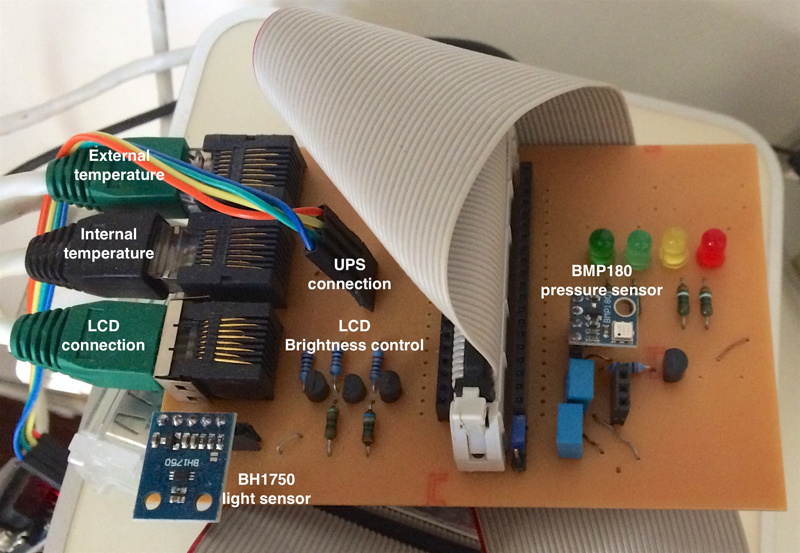 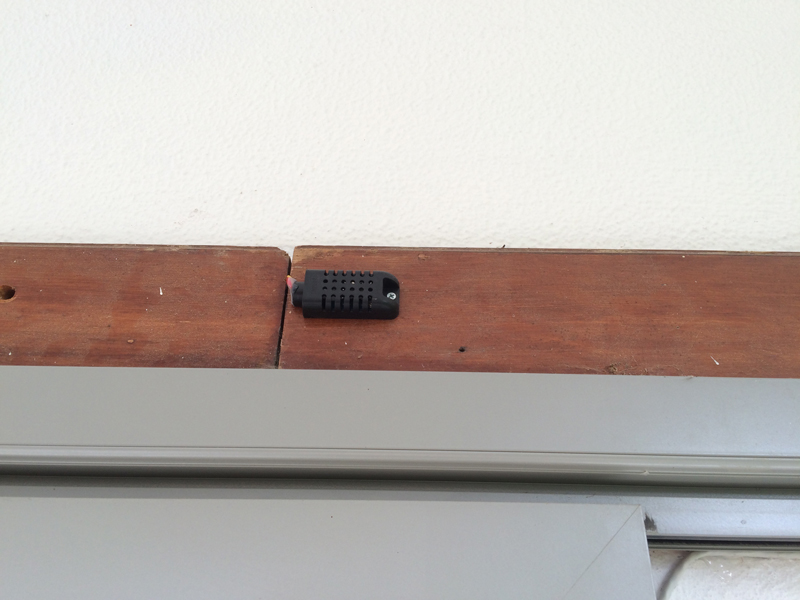 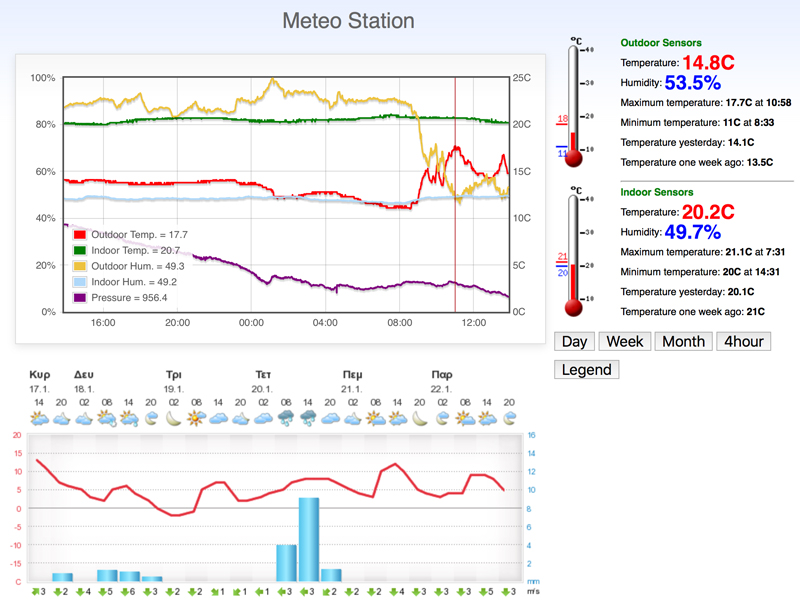 The software written is divided into two parts. First, there is the backend that gets the measurements every minute, stores them into a database and update the LCD. The display only shows the current measurements, due to the limited space. The data can also be monitored via a web client, where the current measurements are shown, together with a history of the past month, displayed as graphs.