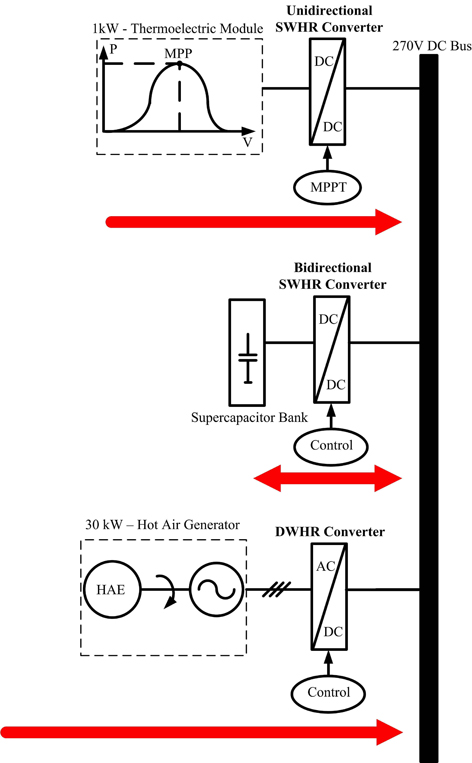 RENERGISE was a research project funded by Cleansky JU (FP7) and was carried out by University of Patras in collaboration with Miltech S.A. The aim of the project was to increase helicopters' power efficiency by recovering the waste heat of exhaust gases to inject power to the DC electrical grid of the helicopter. To achieve this, two forms of heat to electric energy converters were designed (in the scope of other research projects); a system using thermoelectric modules and a generator rotated by a hot air turbine. During RENERGISE, special power electronics converters were designed and built to enable the power injection from the mentioned devices to the 270V grid.

The first system (called static waste heat recovery system – SWHR as it has no moving parts), uses thermoelectric generators, which are semiconductor devices that convert a temperature difference between their two sides into an electrical voltage. Afterwards, there is a unidirectional voltage step-up boost converter, of 1kW nominal power, which connects the generator to the dc bus. What is more, there is a second converter, a voltage step-up/step-down buck/boost bidirectional converter, whose role is to supply and absorb the peak power generated by certain loads during transients. The energy is stored in a supercapacitor bank, which is selected because of the extremely high power density it provides. This converter is necessary in order to smooth the current supplied by the helicopter main generator so as to increase its reliability and diminish the voltage fluctuation of the dc bus.

The second system (called dynamic waste heat recovery system – DWHR), employs a turbine, rotated using steam that is generated by a boiler placed at the engine nozzle. This turbine is connected to a permanent magnet synchronous generator (PMG), which supplies the energy to the dc bus through a power electronics converter, whose nominal power is 30kW. Due to the PMG high line frequency (around 2500Hz) and the high output power level, the topology used for the converter is a square wave, line commutated inverter, operating in a rectifying mode (energy flow from the AC side to the DC side). The desired output power is set by controlling the delay of the inverter voltage, which is the generator stator voltage, relatively to the generator emf voltage which is measured with the use of a position resolver. For redundancy reasons, every helicopter has two independent electric generators, working at half of their nominal power output. However, due to this system's high power output, it is a project's target to investigate the possibility to substitude one generator with the installation of the DWHR system.

During the first phase of the project, the selection criteria of the above converters, based on the special working conditions (high temperature, high altitude, vibrations) as well as the specific requirements of helicopters (low mass and volume) were laid out. Based on those criteria, as well as after running several computer simulation in SaberRD, the power converter topologies were selected.

During the second phase, the power converters components were appropriately selected in order to achieve high efficiency in a wide power range as well as very high power density (3kW/kg). The supercapacitor bank voltage and capacitance was selected accordingly. The control strategy of the complete system was devised and modelled in SaberRD. Extended simulations were carried out to determine the efficiency of the converters, the MPPT accuracy for the unidirectional SWHR converter and the overall control performance. As this last part of simulations needed to be run for a very large time frame (tens or hundreds of seconds), average models for all the converters were derived. Simulations for the complete helicopter electrical grid, together with the waste heat recovery systems were carried out. This included normal operation (when the main dc generator is present), or stand alone operation (when the main dc generator fails and the DWHR needs to power the helicopter electric grid).

After that, in collaboration with Miltech S.A., the power electronics converters were built and tested in a laboratory test bench, specifically prepared. Extended integration tests were carried out in order to evaluate the the performance of the power converters (efficiency, MPPT accuracy, protection under overvoltage, undervoltage, overcurrent, thermal performance, control accuracy). Following those results, the simulation models were updated, in order to match the experimental results.

Based on the above, a feasibility analysis for the installation of this waste heat recovery system was carried out, for different helicopter ranges, taking into account power efficiency, power density, energy recovery amount, ease of installation and life cost. The initial design has shown that the use of the converters with high efficiency is feasible, according to simulation and experimental results. In order to be able to manufacture this system for a wide range of helicopters, the decentralized modular architecture is proposed, to limit design time and cost for different power ranges. 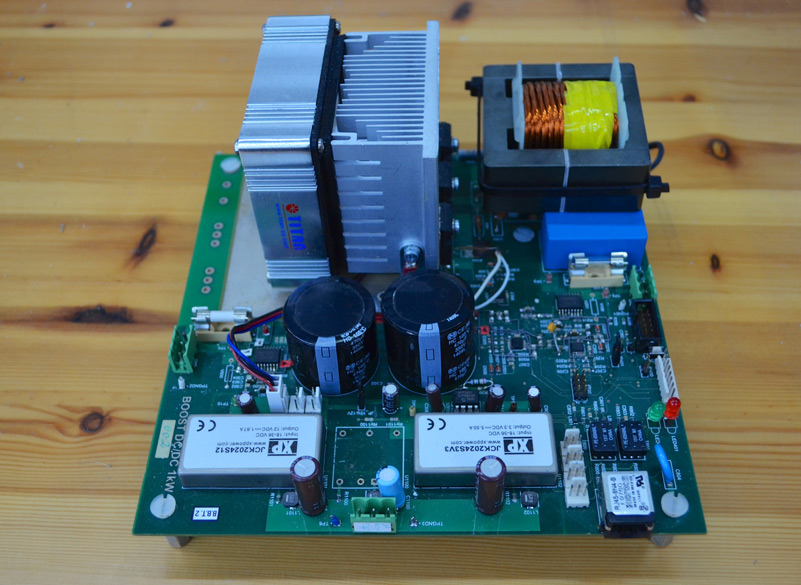 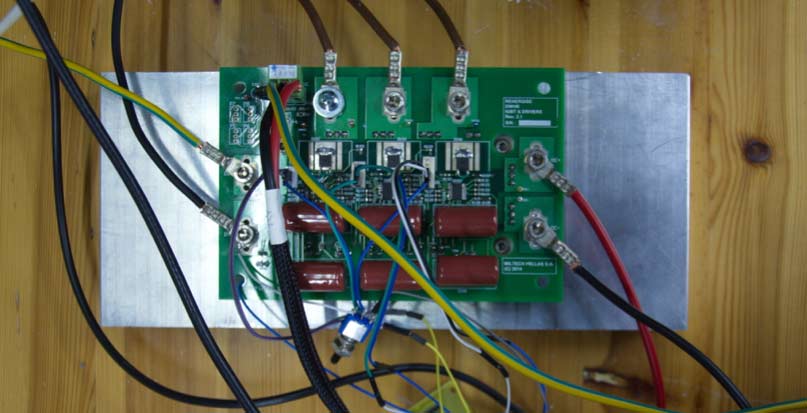 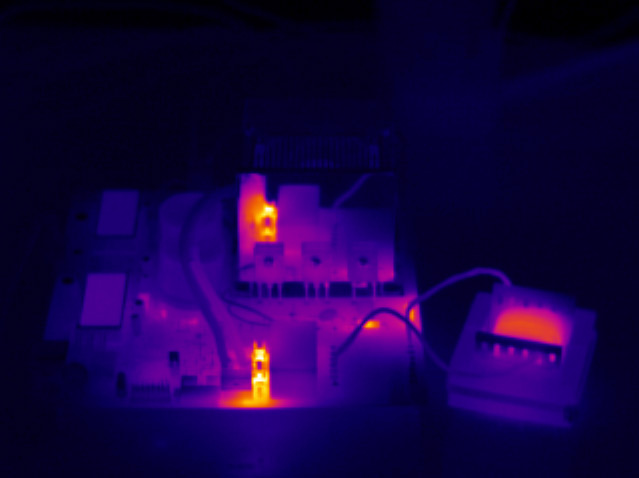 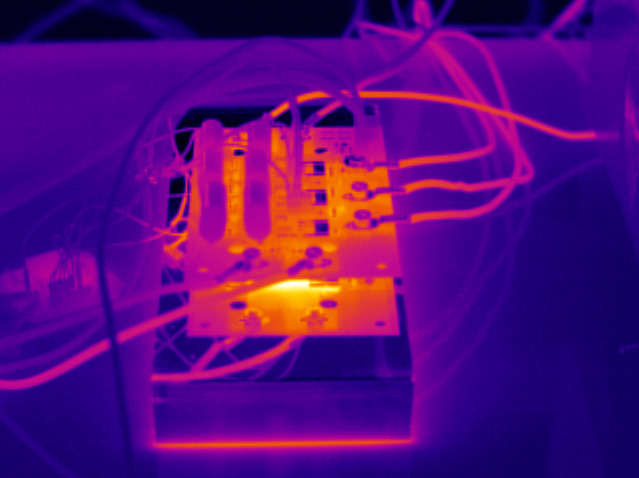