Having recently installed a Raspberry Pi 2 server running 24/7, which is powered through a 5V micro USB port (recommended power supply nominal current: 1.8A), I wanted to test different USB supplies in order to see which is the most efficient to use.

The models I tested were:

The tests were done powering a constant current load through a 1.5m USB cable, with a total resistance of 1Ω. The power losses of the cable were neglected as the aim was to measure the absolute efficiency of the wall chargers. The chargers were powered by 230V/50Hz and Zes Zimmer precision power analyzer was used to measure the efficiency and the power factor of each charger.

The results of the test are shown in the following figures. 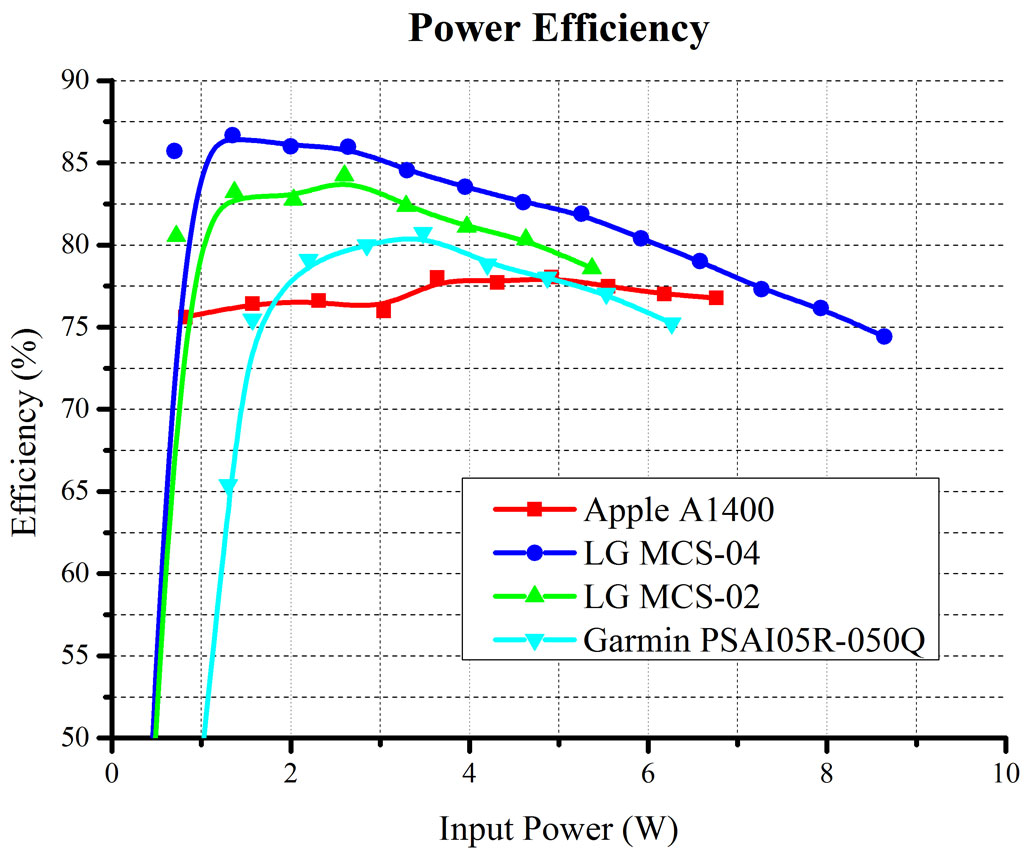 Next, the power factor measurements are shown in the following figure. 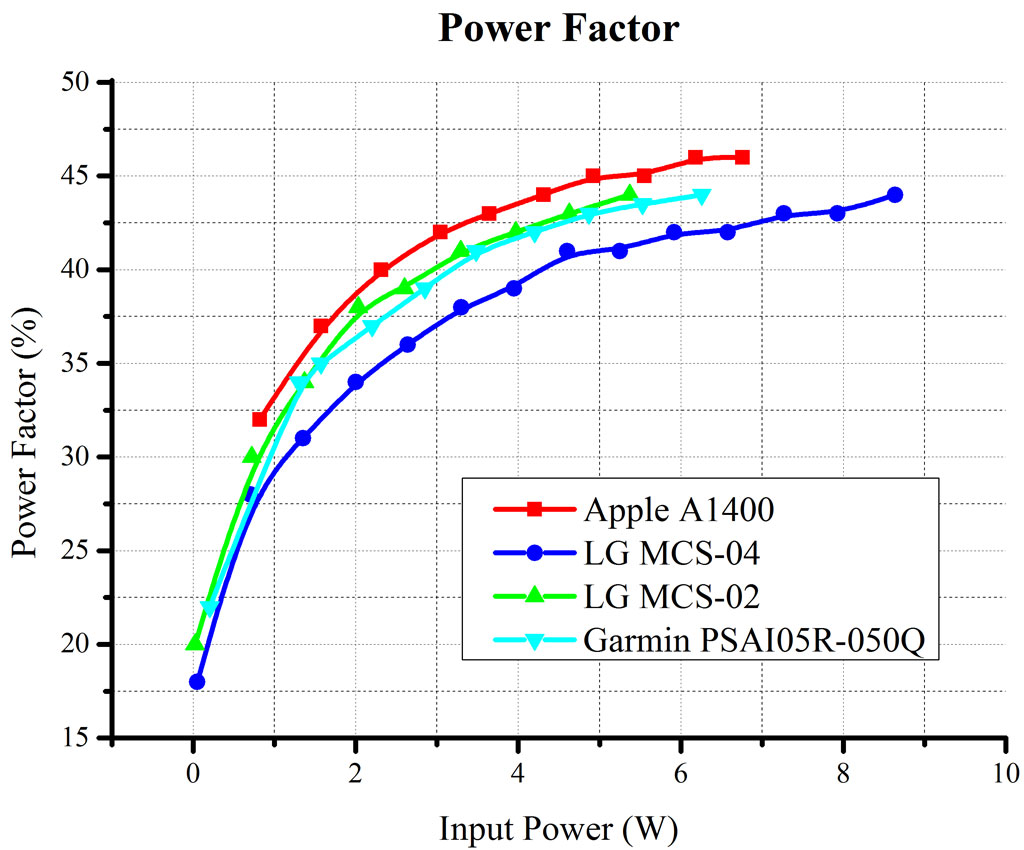 The power factor measurements are similar for all chargers and all very low. Yes, the chargers' input power is only some W, but there are millions plugged in at the same time. The power factor is expected to be this low due to the diode full bridge rectification of the ac voltage, followed by a capacitor, expected to have a high capacitance value, in order to help the output voltage stabilization (together with the DC/DC converter controller). Cheap counterfeits use a single-diode (half) rectification, so their power factor should be even lower.

All in all, although the power efficiency of the provided charger is not the main criterium when selecting a mobile phone, due to the large number of chargers, the suppliers were forced to improve the power efficiency of their chargers from 50% which was 15 years ago to over 75%. Also, certifications have been created (energy star, no load five star rating) to force the manufacturers to ship higher quality chargers.

The resistance of a 1.5m USB cable was 1Ω, which seems quite large. This means that for 1A, the voltage drop is 1V, and so, the phone would see only 4V during charging, so the power manager limits the demanded power, increasing the required time to charge. What is more, a complete measurement of the power efficiency of the complete system should also take into consideration the cable losses. That is why, in the modern era, 3m cables are extremely rare. To my knowledge only Nokia chargers for simple phones provide such a long cable. After sale long cables also exist for smart phones, designed to have similar resistance for an increased length at a cost of ~40$.